Helping? It is in our genes!

Other news
Events in Wrocław 2022 - where to go in the second half of the year? Where to go with your children in the mountains? Choose Lower Silesia! What to take on holiday with your child? List of essentials Attractions near Wroclaw - 5 places for a trip into nature Stay Wild Festival Contest! Cycling routes in Wrocław - the best paths for fans of two wheels Parks in Wrocław - where to go for a walk? What to do in Wrocław during the May weekend? Where to go for a long may weekend? April Fool's Day Competition! What to see in Wroclaw in winter? 10 recommended attractions! Valentine's Day competition "In love at the Europeum" What to do during winter holidays in Wrocław? Pillow menu How to organize a company Christmas Party? Christmas Market in Wroclaw 2021 - dates, attractions and driving directions September is not the end of summer holidays! Centennial Hall - UNESCO World Heritage Wroclaw Beach Bars, in other words chill-out in the city Legends of Wrocław - Europeum tells. The history of The Dumpling Gate #EuropeumBikeChallange, in other words Wroclaw by bike The 10 best restaurants in Wrocław TOP 7 Museums you MUST SEE in Wroclaw 5 steps to organizing the perfect training Free attractions in Wrocław Excellent hotel breakfast Attractions for the family in Wrocław - 7 places to see! Easter - great preparations Where to go for a walk around Wrocław? Weekend in Wrocław? See what to see in two days [GUIDE] We are all women today Discover Lower Silesia with Europeum Stay safe with us! Art (and the hotel! - editorial note) washes away the dust of everyday life from the soul. - Pablo Picasso Successful recipe for Fat Thursday 10 must-see places in Wrocław If nothing goes right, call Grandma and Grandpa Merry Christmas! Christmas p(art)y We wish you the best Andrew! It will be season yet! Piotr Micek. To notice the unit in its entirety. Daria Wartalska. Post consumption. We create interiors that will hug you Childhood, where are you? COVID-19: Europeum Code of Practice Become a hero in your home for Easter! Valentine's Day in Europeum
show all
26 of January 2021
Leukemia is often wrong called as a blood cancer. Why wrong? Because not every blood cancer is leukemia. So where does this name come from? It is derived from the whitish colour of the blood of a patient with an acute form of this disease. It is characterized by excessive and abnormal growth of white blood cells. The result is the appearance in the blood, marrow, and internal organs of a large number of immature leukocytes and it affects men more often (3:2). It is worrying that the number of new cases has increased significantly over the last 30 years. 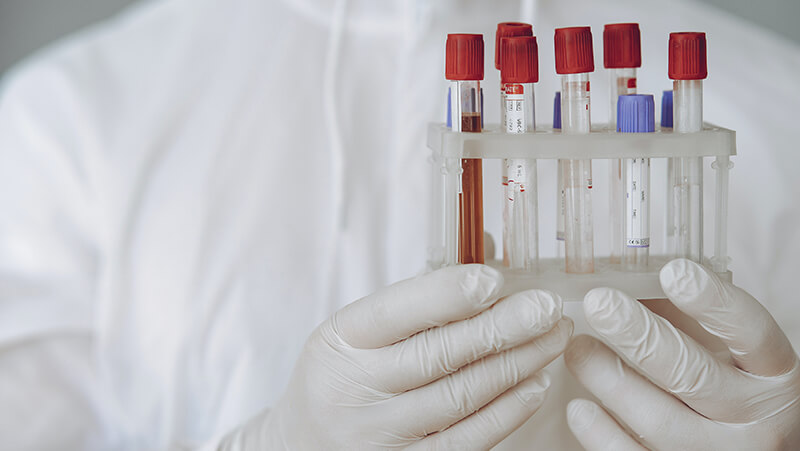 The most common is a chronic lymphocytic leukemia, which (next to myelogenous leukemia) is cancer of adulthood. Acute lymphoblastic leukemia ALL, is stypical malignancy in people under the age of 20. And the last are Acute myeloid leukemias, which are a group of differentiated blood cancers with an acute course, where death without treatment can occur even within a few days. Here there is an overproduction of cells, inhibition of their maturation and differentiation. Current treatment methods result in remission in up to 80% of acute leukemia patients. This does not mean a complete cure, but a reduction of symptoms, however, in some patients it is even possible to achieve a total heal (especially in children).
It all started in Lviv
The father of bone marrow transplantation is Professor Jan Rosenbush (Raszka), who was the first in the world to attempt this medical procedure at the Jan Kazimierz University in Lviv in 1938. He was inspired by the possibility of administering cures directly into the bone marrow. He concluded that leukemia, should be treated with healthy tumour administered intravitreally. This was initially tried on rabbits. The core was taken from the sternum, the recipient and the donor lay parallel on two tables during the procedure.

Only in 1953 became clear that without conditioning of the patient (a preparatory procedure aimed at complete or partial destruction of the patient's hematopoietic system, weakening the immune system in order to make the recipient's organism ready to receive the transplanted new and healthy marrow) a successful transplant was not possible. This was done by Professor Edward Donnall Thomas, who stated that in order for a bone marrow transplant to be successful, it was first necessary to destroy the existing formation of blood in the body and the apparatus he created for conditioning would irradiate the entire human body. Professor Thomas conducted his first tests on dogs. And this was only the beginning of many other discoveries, such as the stem cell, leading to transplantation as we have it today. The history of medicine has been made up of exceptional people and events that have influenced the fate of the world - including the medical world. The development of transplantology and bone marrow donation is the result of many years of work by a lot of outstanding specialists, unprecedented discoveries, and numerous attempts in the 20th century.
There is life in these numbers
In the whole world, in all DKMS databases at the moment there are 10 443 840 people registered and as many as 89 126 of them have donated their chance for life. The DKMS Foundation has been operating in Poland since 2008 as an independent non-profit organisation. It has the status of a Public Benefit Organisation and a Bone Marrow Donor Centre based on the decision of the Minister of Health. Over the last 11 years, the Foundation has registered 1 749 332 potential donors in Poland, which places Poland in third place in Europe and fifth in the world in terms of the number of registered donors. 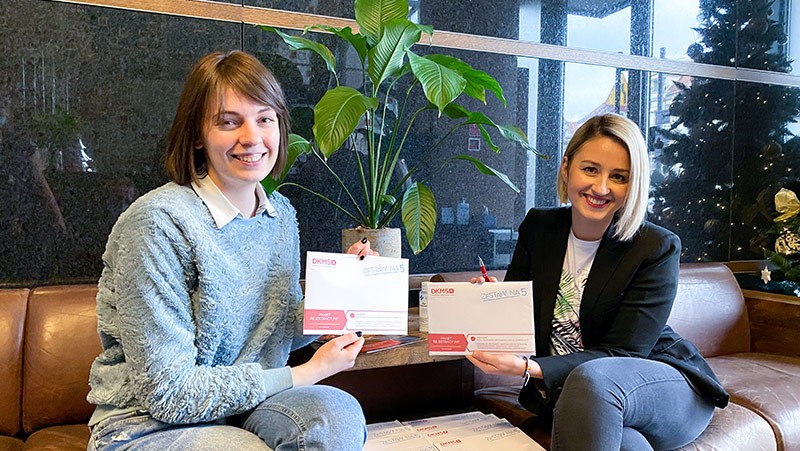 It takes only three steps
Almost anyone can become a giver. The basic criteria are simple: you must be generally healthy, between 18 and 55 years old, and your BMI must not exceed 40. With this knowledge, the whole hotel team decided to do something good together, because it doesn't cost us anything, and we can give someone hope, and above all, life! We organized a Bone Marrow Donor Day at the Europeum Hotel keeping our fingers crossed (and keeping our distance :) ) for everyone fighting this terrible disease. Signed up to the donor database, which we encourage you to do as well. It's simple and only takes a moment. You can read about all the details here: https://www.dkms.pl/pl/zostan-dawca.
Let's remember that "the joy of helping the suffering is the Power that heals them (Dorota Terakowska)".
see on map