Other news
Events in Wrocław 2022 - where to go in the second half of the year? Where to go with your children in the mountains? Choose Lower Silesia! What to take on holiday with your child? List of essentials Attractions near Wroclaw - 5 places for a trip into nature Stay Wild Festival Contest! Cycling routes in Wrocław - the best paths for fans of two wheels Parks in Wrocław - where to go for a walk? What to do in Wrocław during the May weekend? Where to go for a long may weekend? April Fool's Day Competition! What to see in Wroclaw in winter? 10 recommended attractions! Valentine's Day competition "In love at the Europeum" What to do during winter holidays in Wrocław? Pillow menu How to organize a company Christmas Party? Christmas Market in Wroclaw 2021 - dates, attractions and driving directions September is not the end of summer holidays! Centennial Hall - UNESCO World Heritage Wroclaw Beach Bars, in other words chill-out in the city Legends of Wrocław - Europeum tells. The history of The Dumpling Gate #EuropeumBikeChallange, in other words Wroclaw by bike The 10 best restaurants in Wrocław TOP 7 Museums you MUST SEE in Wroclaw 5 steps to organizing the perfect training Free attractions in Wrocław Excellent hotel breakfast Attractions for the family in Wrocław - 7 places to see! Easter - great preparations Where to go for a walk around Wrocław? Weekend in Wrocław? See what to see in two days [GUIDE] We are all women today Stay safe with us! Art (and the hotel! - editorial note) washes away the dust of everyday life from the soul. - Pablo Picasso Successful recipe for Fat Thursday 10 must-see places in Wrocław Helping? It is in our genes! If nothing goes right, call Grandma and Grandpa Merry Christmas! Christmas p(art)y We wish you the best Andrew! It will be season yet! Piotr Micek. To notice the unit in its entirety. Daria Wartalska. Post consumption. We create interiors that will hug you Childhood, where are you? COVID-19: Europeum Code of Practice Become a hero in your home for Easter! Valentine's Day in Europeum
show all
26 of February 2021

But we must do it justice - Lower Silesia is not only Wrocław (who would have expected!). Being in the area, it is worth visiting this region and seeing its unique secrets. We present to you a few of them, especially noteworthy ones:

Many beautiful palaces and castles are to be discovered in our region, but a few of them are worth special attention. 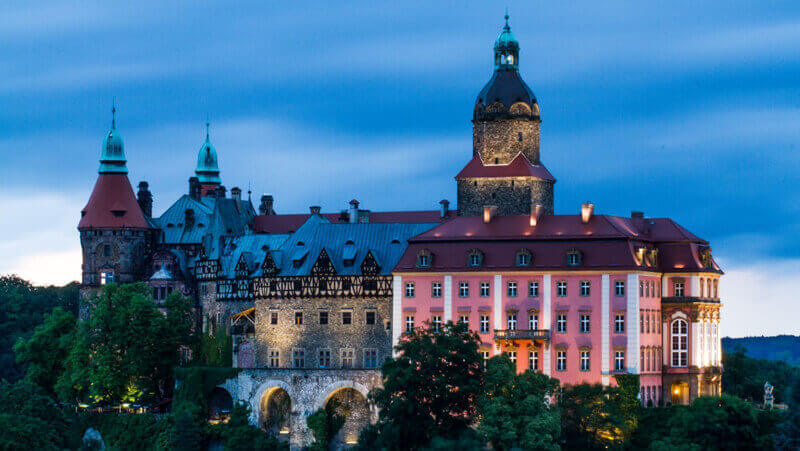 Książ Castle in Wałbrzych is also called the "pearl of Lower Silesia" and is one of the most important tourist attractions in the region. In the wide range of castle services you can find various daily sightseeing routes (including those aimed at the youngest tourists), scary Night Tours or occasional castle games. The facility, treated as a great historical monument and an important cultural heritage, is also a venue for spectacular events, including concerts, balls, exhibitions, historical picnics, war reenactments and two flagship festivals: the Festival of Flowers and Art and the Lower Silesian Festival of Mysteries. 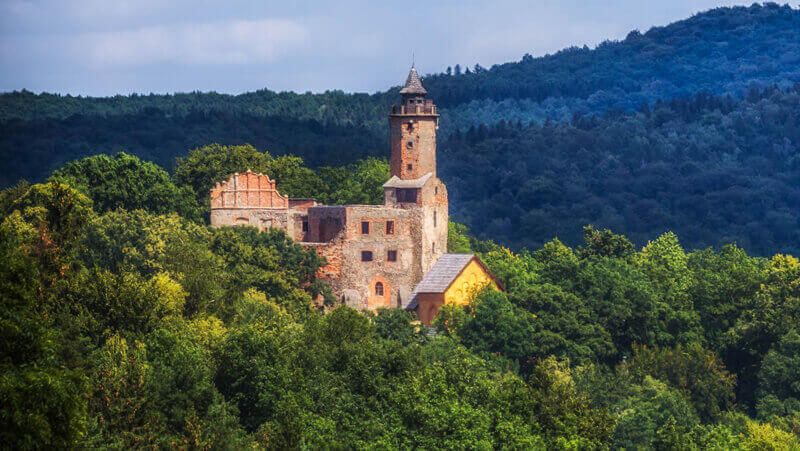 Grodno Castle has over 700 years of history. It was built on the top of Choina Mountain (approx. 450 m above sea level) at the junction of the Wałbrzyskie and Sowie Mountains and is one of the most picturesquely situated castles in Silesia. On the hill there is the nature reserve "Góra Choina" with an area of about 19.13 ha. The history of Grodno Castle goes back to ancient times. One legend says that as early as 800, an English knight (sic!) Founded a four-sided wooden watchtower in this place. 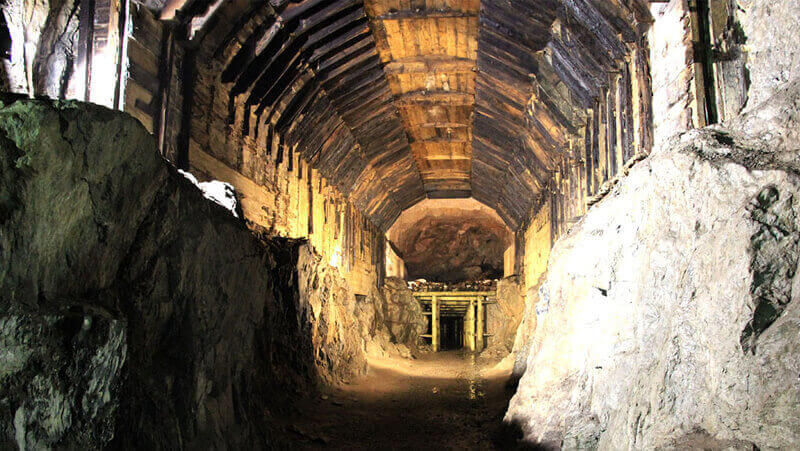 "Riese - the secret project of the Reich in Lower Silesia '' is a war facility, built in the Sowie Mountains by the Third German Reich in 1943-45. Almost 2 km of underground corridors, halls and pavements were built. You can see guardhouses, a technical corridor and a huge hall 10 meters high and many structures above the ground. According to one of the hypotheses, after completion, the Germans planned to deploy scientists working on wunderwaffe and a prototype of an atomic bomb here. Another says that a "golden train" and trucks with gold from Wroclaw are hidden in the area. 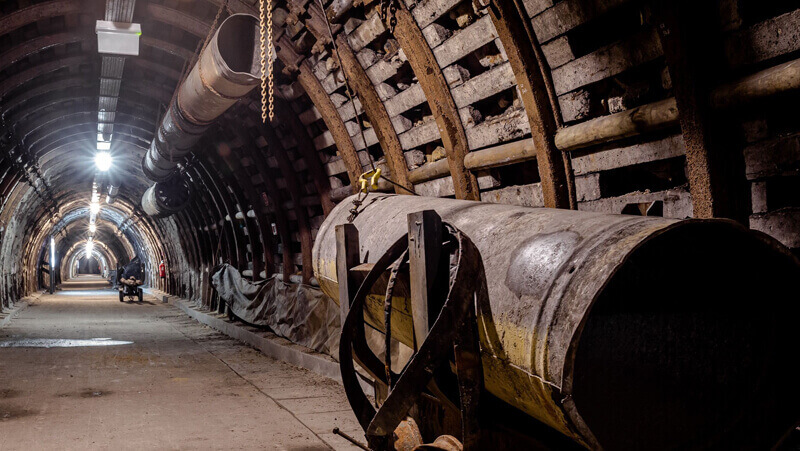 3. The Old Mine in Wałbrzych

The Lower Silesian Coal Basin is the oldest hard coal mining region in today's Poland. Written sources say that small mines operated in the vicinity of Wałbrzych as early as in the 16th century, but they had no names then. The Science and Art Center We will see 4.5 hectares of historic post-industrial facilities, enriched with authentic equipment, including the mine machinery, secured and open to the public. Thanks to the guides-miners working in the Old Mine, who worked years ago in KWK "Julia" and the museum workers, each visitor can not only see the huge scale of the mine's infrastructure, but also have the opportunity to learn about the specificity of the dangerous and demanding work of a miner. 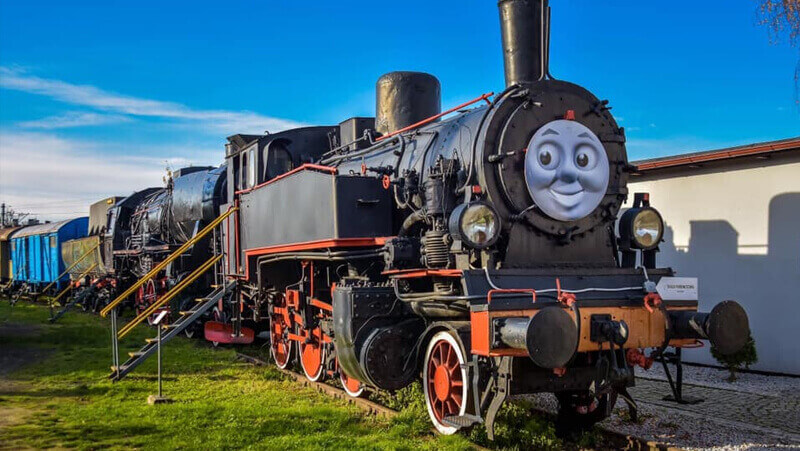 "There is a locomotive at the station, heavy, huge and sweat is flowing down from it" - in Jaworzyna not only we can see many historic steam locomotives from different periods, but also ride them and feel this unique atmosphere! We will see the historic standard gauge rolling stock produced from 1890 to the 1970s. The museum's collection includes 40 steam, diesel and electric locomotives, 50 wagons and other specialist vehicles. In addition to the rolling stock, the exhibitions also feature industrial machinery and equipment, a railway model, a collection of car toys and an exhibition depicting the resettlement of Poles after World War II.

Plus, you can still redeem your Tourist Voucher with us!